How a simple blister can open the foot to the bone

A middle aged diabetic patient was treated for an ulcer that formed at the bottom of his foot. The initial cause of the ulcer was due to increased rubbing and shearing of the foot inside of his shoe. This individual used good footwear, regularly changed his socks, and had his type II diabetes in control. The first formation was a sweat blister, which is common for all people. Due to the patient's numbness in his diabetic feet, he was unable to feel the discomfort and pain associated with a blister at the bottom of the foot. To make matters worse, the individual had artificial replacements of both knees which made it difficult to bend over to examine all of his foot. It wasn't until he noticed blood on his socks that it was apparent something was wrong. 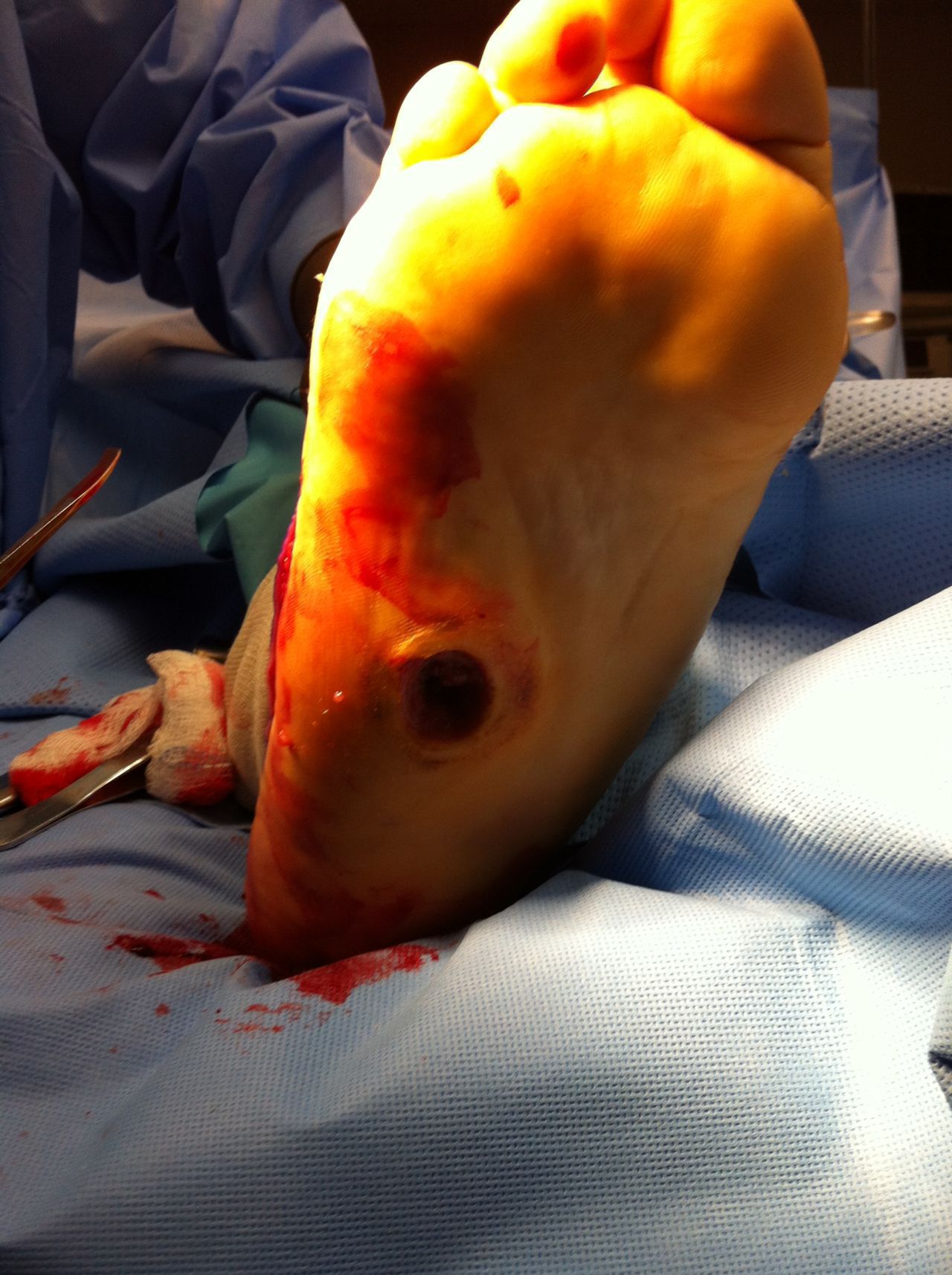 Above: you can see that the ulcer formed an almost perfect circular hole that leads directly to bone.

This diabetic ulcer was caused from limited circulation and numbness of the foot area which is a direct result of diabetes in the body. The original blister tissues rubbed so much that they began to break down until they reached the bone. As a result of this breakdown in tissue, the arch of the foot went from a normal, inward concave shape, to an opposite facing convex shape. This change is often referred to as a “rocker bottom” foot formation where the bottom of the foot becomes outwardly curved, instead of inwardly arched.

To amend this problem, the affected area was accessed from the side of the foot where the outward facing arch had to be shaved and flattened down into a healthy plane shape, similar to a normal, healthy arch. The patient is recovering and well. 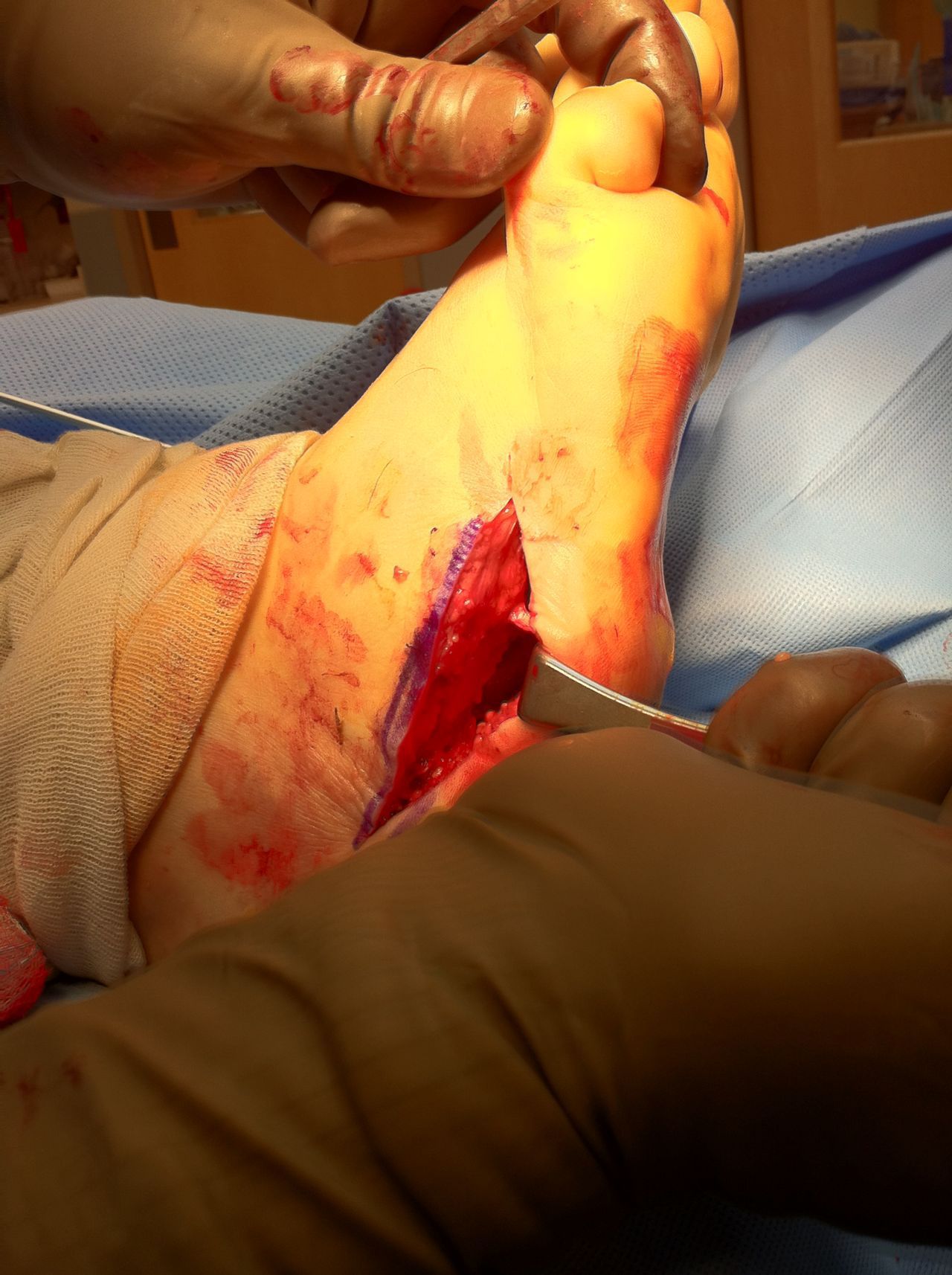 To find out more about the dangerous affects of diabetes to the body, check out Heatlhmark's online section for diabetes. If you are diabetic and experiencing foot problems, please contact Healthmark Foot and Ankle for a consultation.