Raynaud’s is a disorder that causes blood vessel spasms usually within the hands and feet resulting in discoloration, numbness, pins-and-needles, restricted movement, and skin changes. The associated circulatory spasms lead to decreased blood flow to areas such as the tips of the fingers and toes. 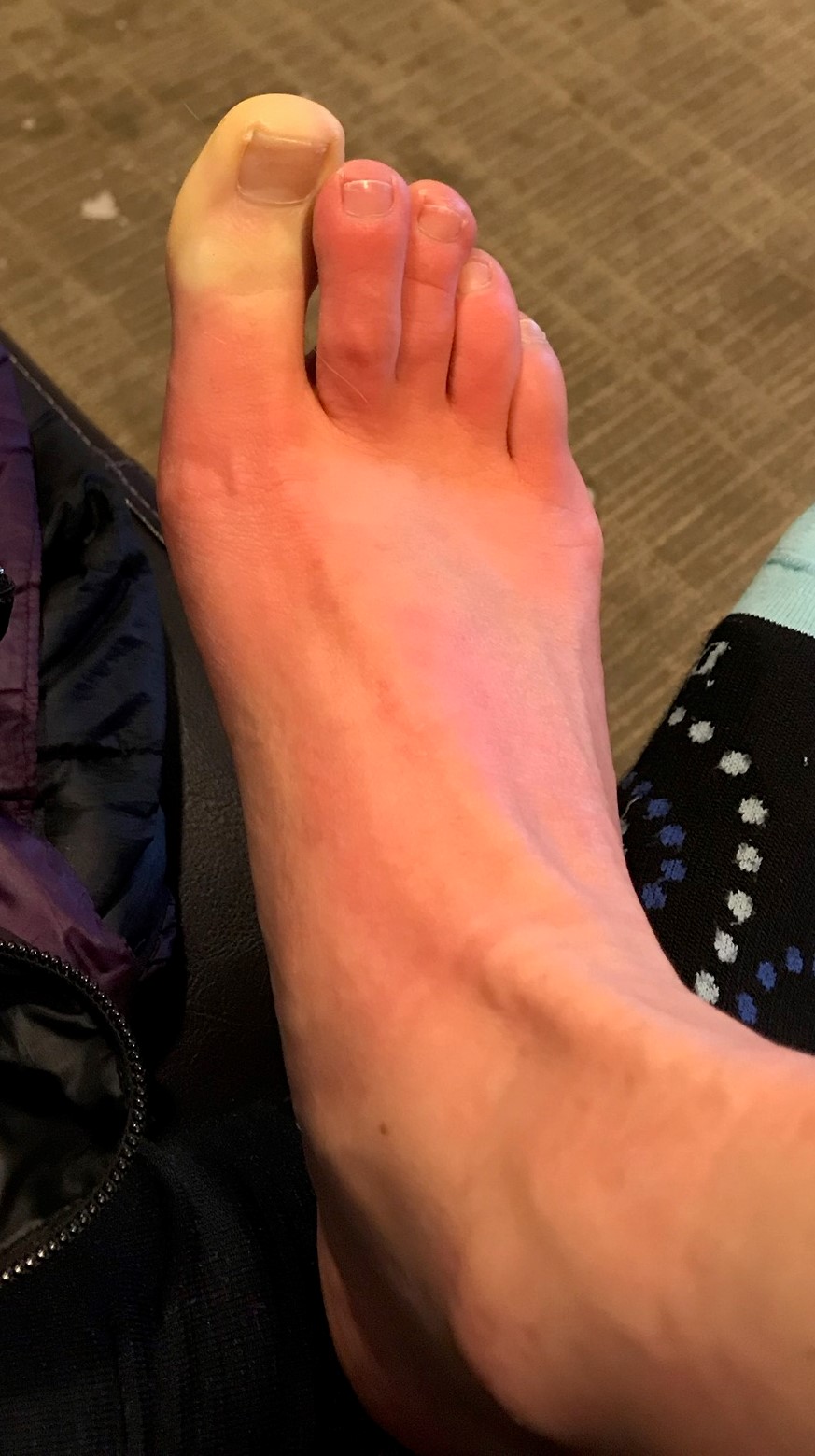 There are two major types of the Raynaud's condition. The first is called “Raynaud's Phenomenon” which occurs spontaneously or from an obscure cause. The second is called “Raynaud's Syndrome” which is instigated by a pre-existing condition such as bad circulation, cold weather exposure, stress, or problems with connecting tissue near the fingers or toes. Raynaud's is often seen in what is commonly referred to as frost-nip; sometimes regardless of the outside climate or temperature. When the fingers and toes are exposed to varying colder temperatures (typically between 38֯ - 52֯ F) oxygen and blood flow will be much lower. Reduction in oxygen and blood flow can cause discoloration, numbness, and swelling. Raynaud's almost usually results with the return of blood flow to the affected areas over time. When blood and oxygen are not able to quickly return to the fingers and toes, the deprived areas can begin to die and become rotten (gangrenous and/or necrosis). After exposure to extreme cold (e.g. frostnip or frost bite) one may develop a hypersensitivity to touch and to colder environments.

There are two stages of Raynaud’s 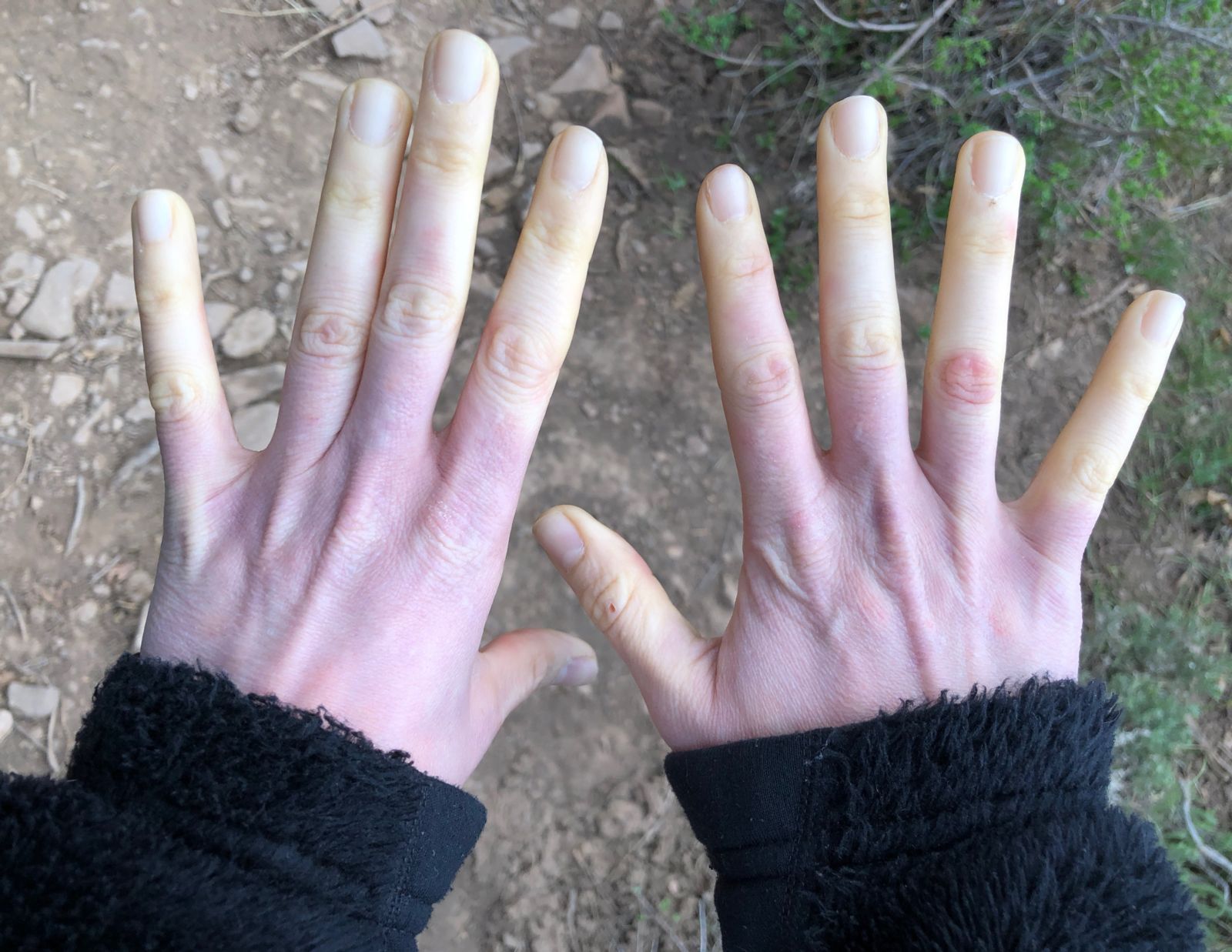 A Triphastic Reaction “White - Blue - Red”: sequentially the skin might first begin to become pale, white, or void of fleshy color; a sign that constriction is occurring. This might be followed by a bluish or purple hue as the amount of oxygen in the tissue begins to lessen, ultimately suffocating the area of oxygen. Finally, as normal blood flow continues, the area will become a throbbing, cold red and dark pink color.

Some common and unsuspecting situations where a Raynaud’s attack can happen include:

Who is at risk?

Why Should I See a Podiatrist? 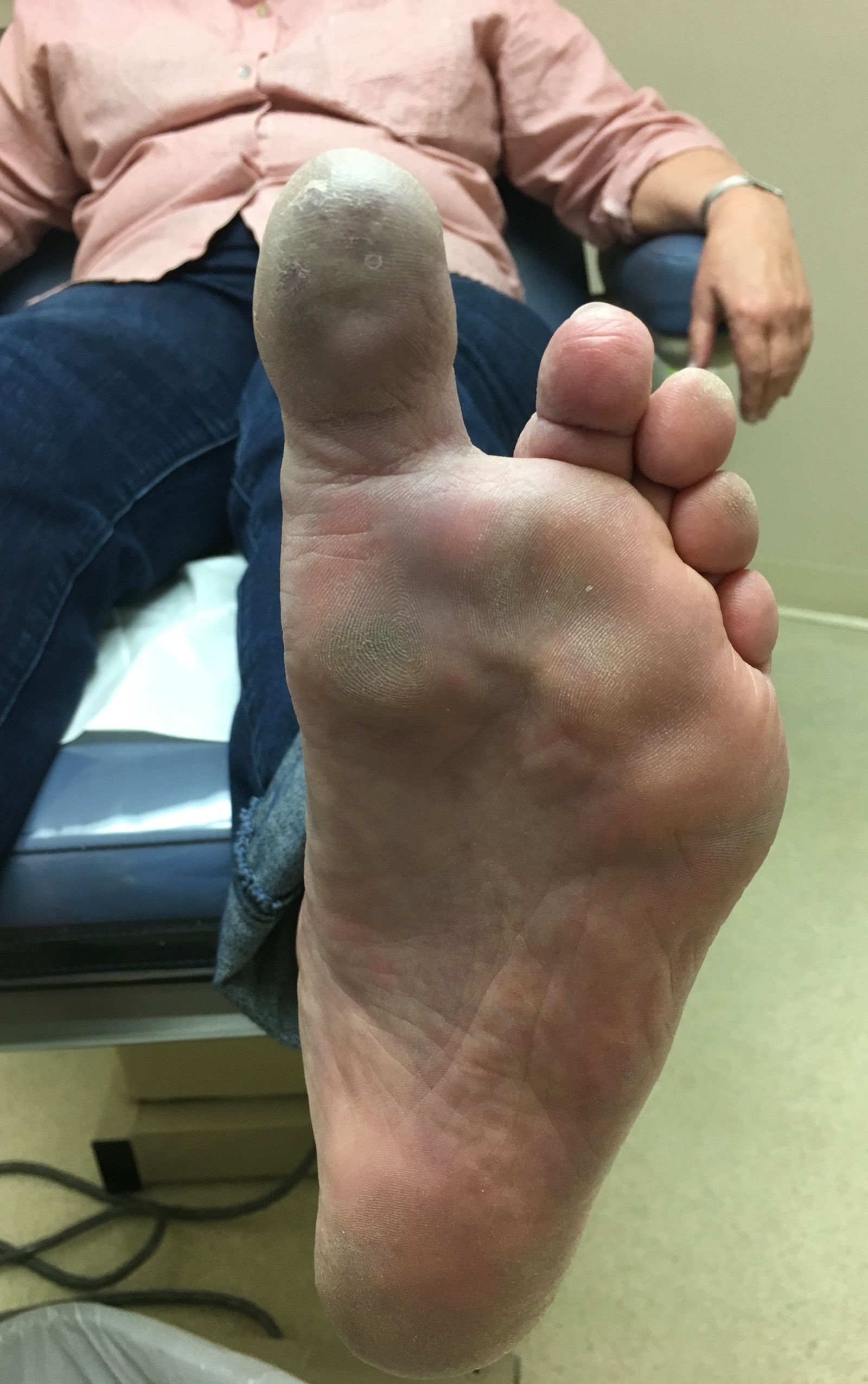 Your doctor will know the best treatment for you after a proper diagnosis. The goal is to reduce the number of attacks and prevent any new damage to the tissue.