Where will the flu be this year?

Influenza, also known as “The Flu” is a common theme of the winter season. In addition to head colds and achy, cold limbs and joints, the flu is that invisible bug that lurks on door handles and, our cell phones, and our children’s school things. Reports from the Center for Disease Control have claimed that the major flu viruses that have been traveling around much of North America have been growing resistant to many of the flu vaccines that are available on the market. Some speculations have theorized over how and why the flu virus has become stronger in recent seasons, leading some to ponder over the abundance of the vaccine and the ease in which to receive it might have something to do with it. 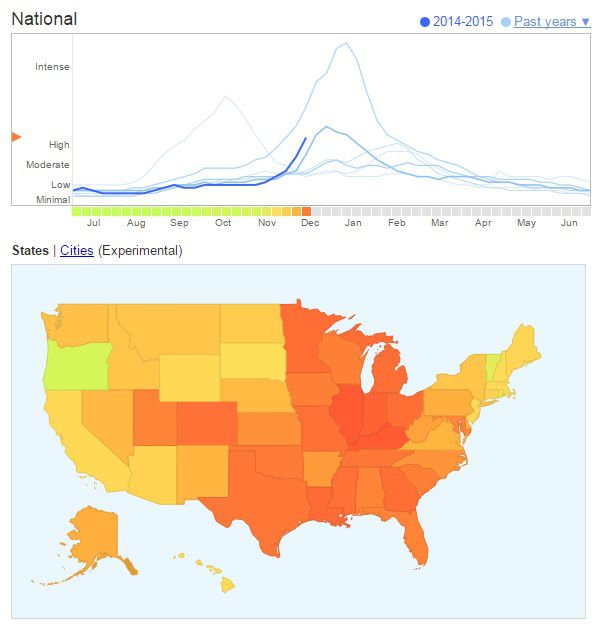 Although many medical advancements are being made to help deal with the presence of the flu among such a large population of people, there have also been developments in tracking and predicting the flu throughout the flu season. Two mapping interfaces are available for the public to understand potential risks of where and when the flu will be this season. Google flu trends and the Columbia University's Mailman School of Public Health use real-time tracking data to create an idea of what the flu is doing throughout the United States and the rest of the world. Other maps include the Ebola ooutbreak. While these mapping tools are helpful for physicians, scientists, and the general public, viruses and pathogens are still in many ways very unpredictable. Acknowledging that although we have made great advancements in medicine and map making, taking the proper precautions to defend oneself against the flu and other winter time ailments, is very strongly encouraged. For now we suggest protecting oneself against seasonal illness while enjoying these fascinating maps. 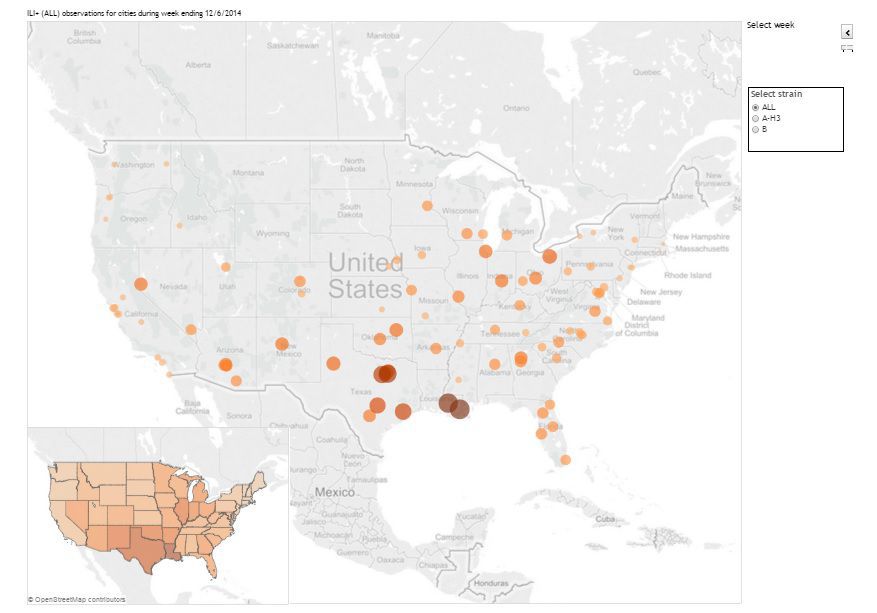